In 2011, a collaboration was made between DTS and a boiler manufacturer, to solve their existing boiler issue, which is the side header as shown in the figure below. During peak operation, the side header is subjected to the internal pressure of 46bar, at an average temperature of 270degC.

Figure: CAD drawing of the Side Header

During operation, they found that there was a gas leakage incident at the location highlighted, at the welding location between the vertical pipe and lower header. While their customer commonly practices boiler structure design in accordance with boiler handbook guidelines which addresses global structural assessment, it is not used to investigate the cause of leakage due to the complex structural connections. Therefore, they had engaged DTS as an FEA service provider to help determine the root cause of the incident. 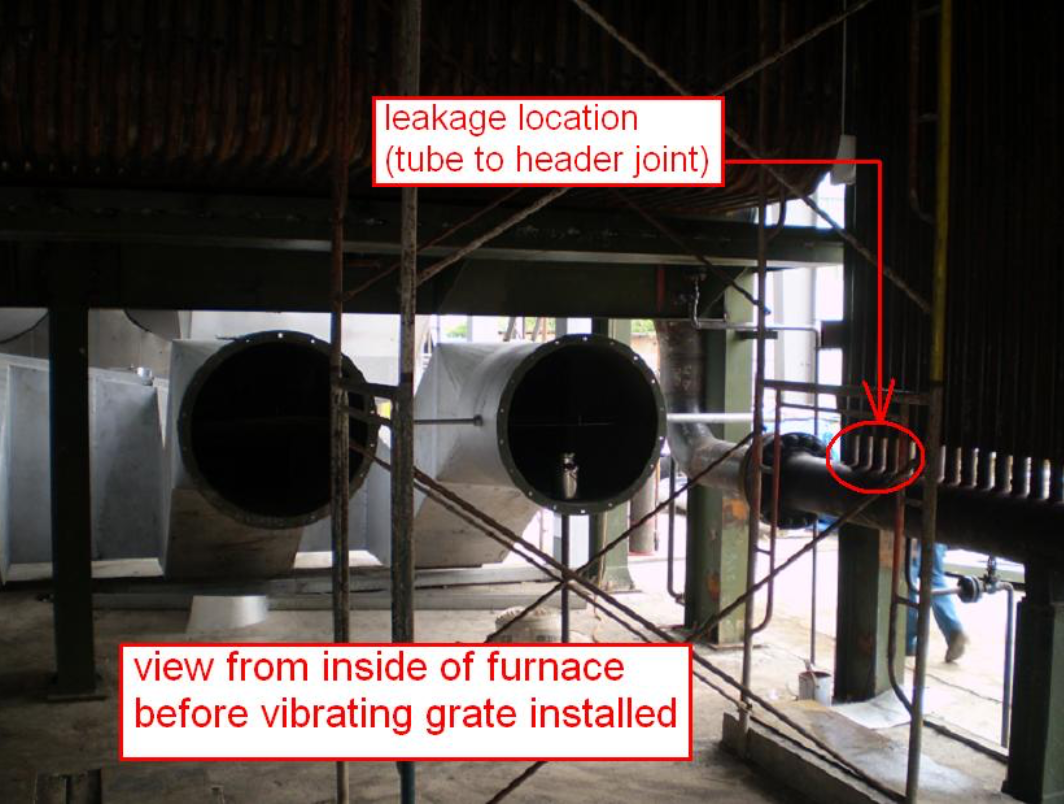 To solve this problem, Dream Technology System uses Siemens NX CAE (currently known as Simcenter 3D). Even though the problem itself is a multi-physics problem, the customer interest is only structural strength to withstand the internal pressure loading. Therefore, we established a simple engineering assumption to simplify the engineering problem into a structural analysis only. By establishing this assumption, we managed to reduce the simulation time tremendously by eliminating the needs for fluid dynamic analysis, which is well known as a time-consuming analysis.

Firstly, DTS helps to perform the finite element analysis (FEA) of the side header based on existing design configuration. After performing the FEA, it is noted that the vertical pipe has over yield conditions. The over yield condition has caused the welding between the pipe and lower header to permanently deformed, thus leakage occurred. 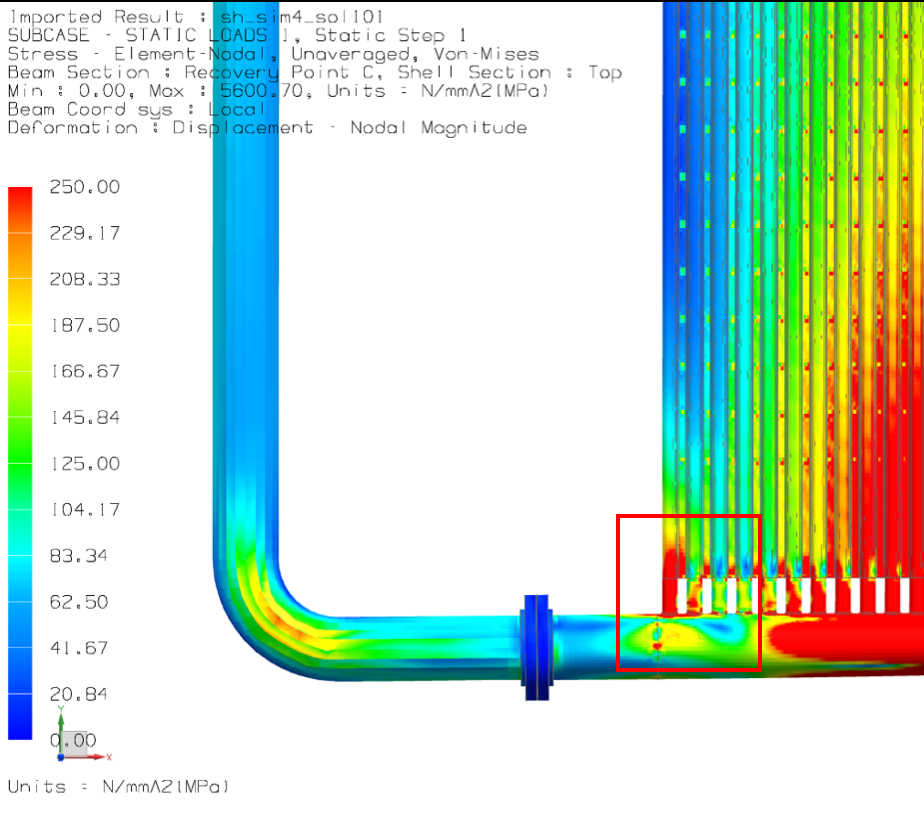 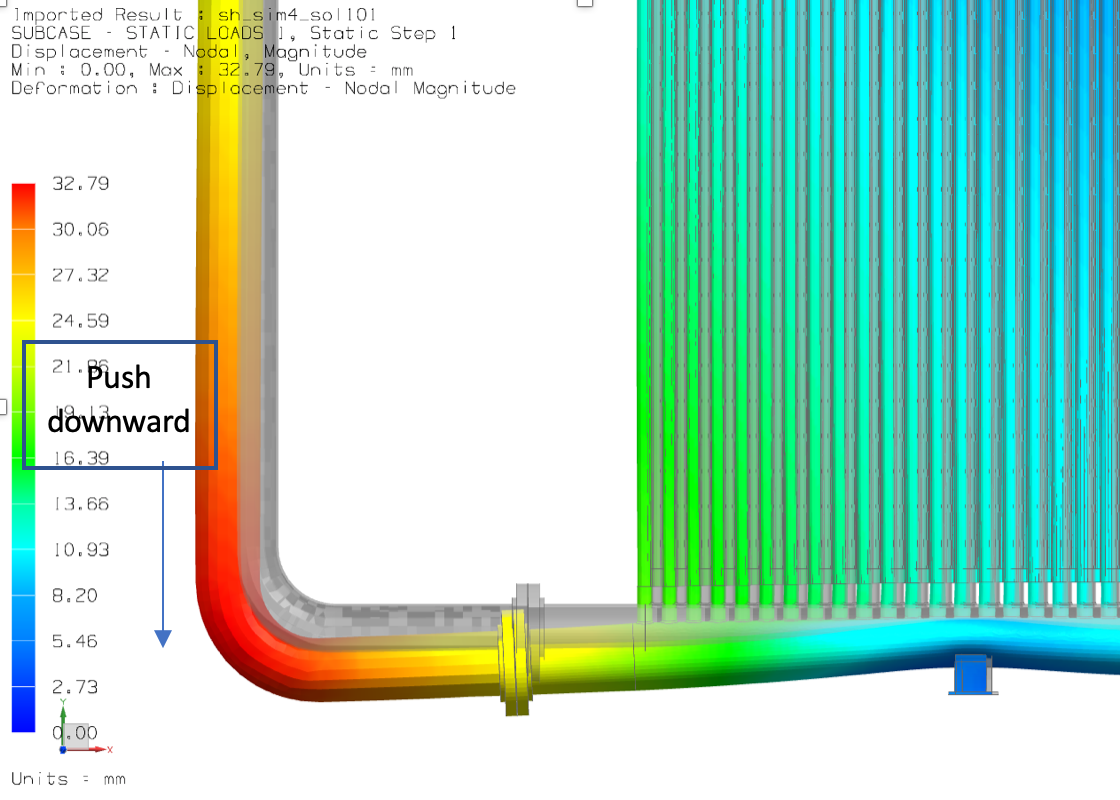 Figure: Exaggerated displacement result of the routing of the pipe (existing configuration)

The cause of the overyielding of the welding is also evidenced by further investigation of the displacement result of the pipe routing. The figure above shows the exaggerated displacement result of the existing side header configuration. It is noticed that the pipe is pushed downward, due to pressure and thermal loading, thus tearing the welding at the concerned location.

After noticing the cause of the incident, DTS and our customer had discussed and proposed design alternation to reduce the tearing effect at the welding, such as re-route the pipeline, adding more support structure and so on. A new simulation is run based on the new design, and the simulation results show that the stress has been reduced significantly. In the end, by having a good collaboration between the two parties, the leakage problem is solved effectively. 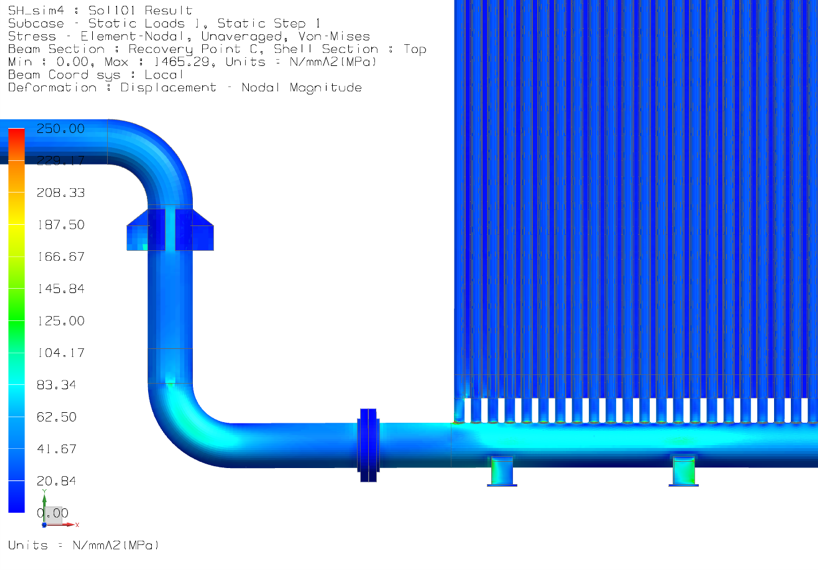 Figure: Final result, by implementing a proposed solution after discussions between DTS and customer

Found above case study similar to your challenges?

We at DTS can help! Speak to our Representative.

With more than 15 years of experience in PLM solution, our consultants and engineers are equipped with great skills and knowledge and ready to help.